To the extent that being the son of a narcissistic mother is the same experience as for daughters, this website is for you too, and welcome to you, and I hope you get value from it. To the extent that it is different, I cannot write about it.

The mother-daughter relationship is very specific. It is from her mother that a girl learns what it means to be a woman. A good functional mother helps her daughter grow into that woman, giving her practical advice regarding body changes, and health, and mothering in her turn, and hints and tips about being a woman in this world. Daughters of narcissistic mothers lose all that, and that is my experience and what I know.
But the mother-son relationship is very specific too. It is through his relationship with his mother that a boy learns how to relate to women, and of course with a narcissistic mother a man is going to not have a healthy model for those relationships.

It can cause problems in later relationships too, as his narcissistic mother can try to interfere in his marriage and the son’s partner would struggle to understand why he concedes to his mother so much. This can be a problem for daughters of narcissistic mothers too, of course, but I imagine it’s worse for men as our culture expects men to be strong and independent, and here is this man giving into his mother’s demands and whims. His whole concept of masculinity can be damaged by this. We could of course discuss whether that’s a fair concept of masculinity, but that’s a whole different topic. The reality for now is that strength and independence are considered hallmarks of masculinity, and the bullied son of a narcissistic mother can fail to show those traits sufficiently for his, or others’, liking.

And so, sons of narcissistic mothers face their own challenges for sure. No situation involving a narcissist is easy, and this is no exception.

Some brave SONMs have shared their stories below about how it specifically impacted them as men in the world. I do invite you to read those below.

One son wrote to me to share that the narcissistic mothers can exploit our cultural belief in men-as-breadwinners, to manipulate her son, to make herself dependent on him, and him thinking that its his responsibility to keep her financially.

For sure narcissistic mothers can exploit their daughters that way too, and do in many cases, but this societal pressure can add a further burden to sons. 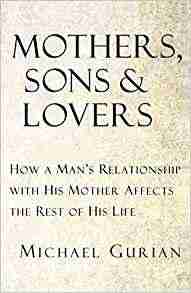 I have not read the above book, so I cannot recommend it personally,  but it does look good.

A SONM’s experience shared with permission:

I never knew how to act or how to present myself. It was as though everything I said or did was wrong or inappropriate for the situation. Some people thought I was just being funny; I wasn’t, I was being me. It created a great deal of frustration in me and made the world a VERY confusing place.

I’ve had a few very close friends over the years, but have also managed to destroy some good relationships because I don’t understand the concept of friendship or how to truly be a friend. I’m still learning that. My understanding of relationships, be they close or superficial, is based on what I experienced in my mother through my relationship with her and observing her interaction with others. In fact, my understanding might be more twisted since I try to overcompensate for what I saw and experienced through her.

As for how it affected my relationship with women, she destroyed that ability on all levels. My desires are heterosexual and I know what I prefer in the way of female companionship, but I am incapable of any healthy relationship with a woman emotionally or physically.

I had a girlfriend in high school with whom I was madly in love, but my mother made that time a living hell for me. I did not understand how to deal with such a relationship. When I expressed my admiration to the girl, she felt confined and dumped me. The pain is still there after forty years. I blame my mother, because if I’d had a “normal” life I might have developed properly emotionally and understood how such relationships develop and progress.

Although I have a lady-friend, I have not had such feelings for another female. My lady-friend lives 800 miles away and has had three strokes. We are still very close, but she is just a friend. She accepts me as I am, but I cannot fathom an emotional relationship with her.

That is it in a nutshell. One is not born with a personality, but rather the personality is molded by their environment, situations, etc. All I knew was growing up in a narcissistic household, so my personality is based on that influence. I do not believe I am a narcissist and in fact, I overcompensate the other way; however, understanding that balance that those from “normal” households understand eludes me.

Each day is a challenge for me and an opportunity for continued growth and change, even after fifty-six years.

I am definitely fearful of a lot areas concerning my mother, but Im glad im not alone. For 6 Weeks now I have cut off ties with her; yet more severing ties than before. Including name changes, financial alterations, threats from attorneys of restraining orders etc. I know her presence in my life is only a blockade for recovery. Also I started a treatment called EMDR for the Post Traumatic Stress Disorder which has gotten worse.    Briefly, her parenting has affected me most in the following areas: No confidence with women and or sexual relations; sexual anorexia Feeling like a toddler, not a man Physically ill, fearful of doctors, no self-care fearful of long terms friends always waiting for other shoe to drop no career aspirations can’t finish tasks addiction (sober for 6 years though) self-hatred and guilt constant apologizing, and doormat displaced rage and aggression  introversion   I’d be more than happy to put some of these into context….im sure there are more. I have to convey the seriousness of the fear of women, sex and rejection from women. That easily is the most prevalent of all of these…as well as feeling like a toddler.    (And then I asked him to elaborate and this is his response. Light editing for clarity. Trigger Warning):   The first two issues being: lack of confidence with women and feeling like a boy…I certainly felt more than comfortable elaborating and to me it would possibly help other men that they too have a voice. Although some men vent their pain sideways via sexual aggression and promiscuity, and possibly overcompensate sexually, that has not been my case.    For the first issue of confidence:    My father and mother had a physically abusive relationship and my submissive attitude  resembles his; where essentially my door mate personality explodes sideways and turns into an abusive mess. That definitely sparked the child abuse as a kid of watching their chronic fights, her victimization and his ruthless self loathing and remorse. That said he spent the remainder of his life from ’94 to ’05 (cancer from addictions) single and lonely.    The confidence was ruined for me in a few ways. Firstly, she consistently compared me to a man who I felt was abusive and calmly yet consistently compared my grief and depression to my father’s obvious PTSD and sadness. Made statements in high school such as “this is why girls don’t like you” or “I can see where you get your attitude from, you’ll probably be single just like him”. God, did those chronic blows to a grieving 14 year old hurt! The double edged sword was hell for me during her decade of being single.   She is an entertainer like many narcissists, and prides herself on her musical talent, frequently neglecting basic needs for “the better good of our financial freedom” (we shared a bedroom)    To tie that to the feelings a boy, I used to empathize with her and say it was circumstantial and my fault, but her physical and sexual abuse (pardon language) chopped my dick off!    Her severe loneliness (in search of the investment banker to rescue her) left me in charge emotionally. Examples emotionally include: neglecting my weekends for hers. “Movie nights” still using a baby bottle. Cuddling like husband and wife on her boobs. Stroking my hair with statements like “your dad love this” (they never even legally married!). Sleeping in the same bed.  Not allowing me to bring girls over if i ever developed a little courage to date. Discussing her rage with men. Sex issues. Analyzing my sex life. Asking me to review date website accounts.    Physically. Walking around naked. Not caring if I was naked. Not caring if I was a bathing. Hanging out with me when bathing, vice versa. Peeing when I bathed. Shampooing as a teen.  When drunk (not wasted) _FULL TOUCH BATHNG ME. Etc etc. the sexual boundaries were so normal it left me PETRIFIED, confused and completely oblivious to normal dating. And as with most NPD MOMS no one ever thinks anything is wrong, especially me although I dropped out of school, smoked crack at 16 went to 7 rehabs. But it was the fault of my dad….obviously…..according to the victim of the NPD  and a dead dad whom she hated had no say obviously.