Narcissistic Rage is something you, as the Daughter of a Narcissistic Mother, will no doubt have experienced.

Narcissists hate being challenged. Because they are (in their own opinions, which of course is the right opinion according to themselves) such superior, perfect people, how dare you, a mere nobody, challenge them in any way?

This is why Narcissists react out of all proportion to the smallest slight, or perceived slight. Or even, to the slightest request for better treatment.

Their persona is so fragile that it cannot withstand any challenge whatsoever. This is why they go on the attack so viciously. They really are fighting for their life, or it feels like it to them.

There are no limits to what they’ll do or say in the throes of this rage. They’ll eviserate your personality, your very Self. It’s like soul- annihilation. It’s so destructive and vicious. It’s a self-esteem destroyer.

Sometimes this Narcissistic Rage can turn physical, but even if it remains at being verbal, it’s terrifying.

It’s not surprising that many Daughters of Narcissistic Mothers have huge issues with people being angry with us. We are so sensitised to it that even normal healthy anger, or even mild annoyance, can seem like a psychic attack.

Many Daughters of Narcissistic Mothers report that they are terrified of their mothers. It’s not surprising – they know our weaknesses, and they’ve no hesitation in fighting dirty. It gives them a lot of power.

I know that I, even though normally an articulate assertive woman, would go to jelly whenever my mother would snap at me. “Danu! That’s enough!” she’d say, and I’d cower immediately. I’m not proud of it. But I’m sharing it so that you’ll see, if this applies to you, that it’s a standard reaction.

That is the power of her Narcissistic Rage.

Having said that, the power of EFT is like kryptonite to it! You can reprogram that terrified feeling using it, to get to a place where you see her rages as what they truly are: the trantrums of an overgrown toddler.  This video is also available as part of The Mega DONM Resources Bundle. 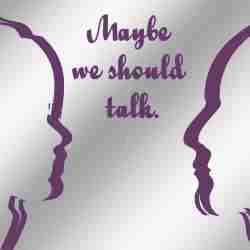