Treating Narcissism is a waste of time. Narcissists don’t want to be cured. It’s like that old joke about teaching a pig to dance: doesn’t work, and annoys the pig.

Well they don’t either.

And if you think there’s a problem in your relationship with them – well then, you’re the one with the problem! You’re imagining things. You’re looking for attention. You’re crazy. The details of what they might accuse you of will vary, but one thing’s definite – they’re perfect, you’re the one who’s crazy even to suggest they’re less than perfect. (It’s this fact which caused me to name my book You’re Not Crazy.)

Narcissists very, very rarely present for therapy, and then probably only because they have to: e.g. it’s court-mandated for some reason. Or they might agree to go to family therapy at your request.

Once in therapy they see it as a challenge to fool and manipulate the therapist. And they might well succeed in that – it seems that many therapists are woefully unknowledgeable about NPD, and narcissists are very skilled at what they do.

I’ve seen so many examples of mothers consenting to go therapy with their daughters. The daughter thinks they are both going to work on the relationship, but it soon becomes clear that the mother’s agenda is get the therapist to fix the daughter so she (the daughter) can go back to being the docile biddable woman she was before. If a therapist starts looking, even in the mildest way, at the mother’s behaviour the mother will storm out declaring the therapist an incompetent, or a bully.

So my advice is to give up on the prospect of treating narcissism, and to concentrate your efforts on protecting yourself. This advice can be easier to say than to do, given that in a toxic twist, we’ve often been indoctrinated to believe it’s our job to fix things, and so we think we have to fix our mothers. If this is the belief that is keeping you trapped, I invite you to check out my EFT video to erase the belief it’s your job to fix things.

Your options include going No Contact which means just never having anything to do with her again. It’s a very valid option. It has its own challenges of course, extricating yourself from their clutches (especially if she’s an engulfing narcissistic mother), but based on my experience and that of many other DONMs, it’s hugely rewarding.

The other option, if No Contact isn’t right for you, is to learn how to deal with her. Again, this isn’t easy, but it’s much easier to deal with her once you understand the parameters a narcissistic mother operates within, rather than trying to deal with her like a normal person.

If you’d like to go No Contact, but guilt is stopping you, then I invite you to check out my EFT video for erasing No-Contact Guilt. (It’s free as part of The Mega DONM Resources Bundle too.)

And, if you’re kept trapped by a hope against hope that she’ll change, know that she won’t, not if she’s narcissistic. And that your freedom lies in letting go of this useless hope. 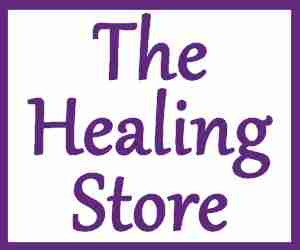