How To Do Emotional Freedom Technique

Watch the video below to learn how to do Emotional Freedom Technique tapping process. It’s very quick and easy to learn. And then, below the video I share how to apply that to your issues.

How To Do Emotional Freedom Technique For Your Issues

Here are pictures for you to refer to as you tap, to help you remember the points. 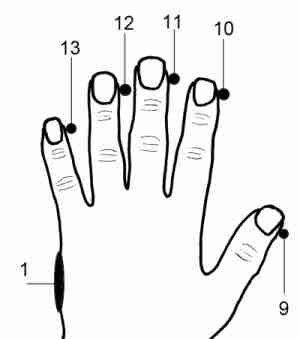 What to do next

How to do Emotional Freedom Technique is to first state your issue. For example: It hurts so much when she sneers at me.

Take a measure of how true that statement is on a 0-10 scale, where 10 is totally true and 0 is not at all true. So for our example, measure the pain on a 0-10 scale where 0 is no pain, and 10 is the worst pain you could imagine from this issue. Write that down. It’s important to write it down to keep good track of your progress as it’s too easy to get confused if you try to mentally remember.

Next you insert your issue into the following tapping statement:

Even though [your issue here*] I deeply and completely love and accept myself.

So for our example our tapping statement would be:

Even though it hurts so much when she sneers at me* I deeply and completely love and accept myself.

*  People often wonder about stating the problem, naturally thinking that by doing this we’re affirming and therefore reinforcing the problem. However, as long as you’re tapping while saying the problem, it’s all good, because we are simply telling our subconscious which problem to work on.

Then what you do is to tap on the Karate Chop point while saying that statement three times.

Then you tap on each of the remaining points in turn while just repeating the original issue as a Reminder Statement, e.g. It hurts so much when she sneers at me.

Doing this, i.e. the full Tapping Statement x 3 on the Karate Chop point and then the Reminder Statement once on each of the remaining points, is called one round of EFT.

Do two more rounds for a total of three rounds.

Once you’ve done that, then take a deep breath and then another measure of your 0-10 score. It should have dropped a point or two. So if you were an 8 of hurt to start with, you might be say a 6 or 7 now.

Simply repeat this repeat until the score is 0, and the hurt is gone and you are at peace about her sneering. Your perspective might well change about it, for example, realising that it’s not about you, or any reflection on your worth, but a measure of her narcissism.

She will still sneer at you again, no doubt. EFT cannot, of course, change reality. It can only change your thoughts, beliefs and attitudes about reality. And when she sneers the next time you might find it doesn’t hurt at all as this tapping you did inoculated you against her sneering so to speak. Or, more likely, it will hurt a bit less. Simply repeat the process on the newest bit of sneering, and it should both ease more quickly, and add to the inoculation against further sneers.

Now you know how to do Emotional Freedom Technique. It’s pretty simple, isn’t it?  Having said that, there is a lot more to it, and people often struggle to know what to say while they’re doing the Tapping. Therefore I have created, and sourced, EFT Scripts and resources to take all the guesswork out of it. You can find out more about these here.