Narcissistic Mothers are almost invariably Emotional Vampires. They enjoy the drama of other people’s suffering.

If they’re malignant narcissists they may even provoke your suffering in order to enjoy it.

Long before I realised that I had a Narcissistic Mother I felt very uneasy about her reaction to tragedies – both my own tragedies, and others’.

Often whenever I arrived at her house, almost the first words out of her mouth, all excited, would be, literally: “I’ve got some bad news for you!”

There would be an air of poorly suppressed excitement about her which is making me feel very uncomfortable even to remember – little fizzles of distaste popping all over my body at the memory.

And did you notice the words: bad news FOR ME. Like a cat bringing a dead mouse as a present.

And then, like all classic emotional vampires, she would tell me the bad news, again with the suppressed excitement and a hard-to-define air of … could it be? – joy – on her. It’s hard to think of a word. But it was pleasure of some kind.

It probably looked very uncaring, but it seemed to me that the only gift I could give those people who’d had the tragedy, was the gift of not partaking in being voyeuristic about it, of not contributing to her Emotional Vampires act.

I wish I’d had the courage to refuse to hear about it at all, but I didn’t. Because the price would have been too high – a huge row for sure. I’m ashamed of that now, in part, but under the circumstances I realise I couldn’t have done anything better.

Many times I was tempted to respond to her statement that she had bad news for me by rubbing my hands together in a caricature of glee and say, “Have you? Oh GREAT! Let’s hear it”. Just to point out how inappropriate it all was. But you can imagine the reaction that would have got me.

One time there was a particularly tragic death in her town, of a young woman. My mother went to the funeral, as she knew the woman’s aunt somewhat well, and the woman’s mother to say hello to. In itself this wasn’t being an emotional vampire because in our culture you go to all sorts of funerals no matter how loose your connection, as it’s a matter of respect.

But she told me about this afterwards, with this barely suppressed glee/energy about her, and said, “And the aunt was sooo pleased to see me! She took my hand and said, “Thanks so much for coming”! And even her mother recognised me, and thanked me for coming.”

I was so close to pointing out, “But it wasn’t about YOU”. But of course I realise now that, yes, for her, it was of course about her. To be that close to such a dramatic tragedy! How wonderful! How exciting! How important it made her feel!

The accident was reasonably high-profile in the whole of Ireland (in a small country like Ireland lots of stuff makes the national press that wouldn’t in other places), and it is my considered and absolute belief, based on her actions, that she was so, so excited and thrilled to be involved with something so dramatic and high-profile. And that, to me, is the essence of being emotional vampires – getting her teeth into this tragedy and sucking up excitement and even joy out of it, in the midst of everyone else’s grief.

I’m still cringing at it. Taking this young woman’s death and the grief of her family and using it to bolster your own need for drama– literal vultures wouldn’t stoop to it.

When I miscarried my first baby she was the same. She came to my hospital bed and there was this air of barely suppressed excitement about it – loving the drama. I started to cry, and she exclaimed dramatically, “Cry, cry! Get it out. Do”. (I’m pretty sure I have that exactly word for word. But pretty close anyway.) It reads like a bad soap opera script, doesn’t it? And she said it with all the sincerity and compassion of a bad soap actor – i.e., none.

Her insincerity blocked my tears, and I can still vividly remember the pain, the physical pain, in my chest of those unshod tears.

My husband tells me that when I had been taken down to the operating theatre he was sitting there, feeling miserable and worried as you can imagine, and she put out her hand and covered his hand. And he HATED it. His skin crawled. The Normals could never imagine why – on the face of it, a loving supportive thing to do. But you will understand, I am sure – it was part of her script of being a Loving Mother-In-Law Supporting Her Bereaved Son-In-Law and she was so loving playing that part.

In common NPD ways, there would be total deniability about being such one of these emotional vampires if she were called on it. The words she speaks are always spot on: “Oh isn’t it terrible? I’m so sorry for her – she’s devastated. The poor, poor family.” And so if you challenged her, or all such emotional vampires, they could rightly say: “But I was saying how awful it was!”

But the tone and the expression tell a different story. It reminds me of this: whenever my dog used to see me put on my walking shoes and jacket, she’d start this quivering. She knew a walk was in the offing, and she was all agog for it. But she couldn’t get excited quite yet, so the whole body would shake with suppressed excitement and there’d be this enthusiastic and happy expression on her face.

My mother would be like that, albeit more subtly. She wouldn’t be visibly quivering as the dog would be. But it would be definitely there in the gleam of her eye and the slight squeak of her voice. 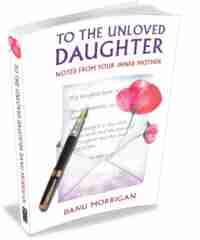 Return To: Mothers With Narcissistic Personality Disorder
Return To: Home